Featured In Voyagedenver. 8 Best Product Photographers In Denver By Peerspace 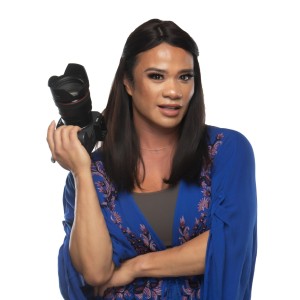 I’ve always had a mermaid shoot in my head and had been trying to think about how to pull it off. I wanted it to be a fantasy shoot but I also wanted the story to make sense. How am I going to shoot a mermaid outside of the water? The solution was simple, a bathtub! I often feel like once I put my thoughts into action, the universe provides. I was amazed to find a bathtub on Craigs list. I partnered with an awesome friend who helped me with the black light shoot (see earlier blog on neon blacklight shoot). She happens to be a costume designer! We did a trade. I offered to shoot her as one of the mermaids if she provided the mermaid costumes. We used stick on body jewelry and long mermaid wigs to finish the costume.

The shoot was awesome! I purchased some props like netting, shells, and greenery that could pass for seaweed. For lighting I used some colored gels to set a mood of mystery. My fog machine was broken and refused to work so I ended up adding some fog post production. I decided that fog was an important part of this shoot because it adds another layer of mystery as well as implies water is nearby. I decided against adding water because, aside from getting everything wet, I feel like it didn’t really need it.

This shoot involved a lot of set up, hair, wardrobe, makeup and lighting. But in the end, you can really tell how much effort went into the shots. It was an idea and a shoot that forced every creative thought to come out. I can only make myself better when I push my comfort and aim to do something that causes a little discomfort. Hauling that bathtub onto a truck then into my studio was definitely the opposite of comfortable! I encourage everyone to think about something epic and give it a shot!

I participate in several special events and fundraisers throughout the year. Sign up to hear about upcoming special photoshoot opportunities & new art I release.

DO YOU WANT TO KNOW WHAT IS YOUR UNIQUE AND BEST SELLING BRAND VOICE?

TAKE THE QUIZ NOW
SEND ME FREE GOODIES INSTEAD